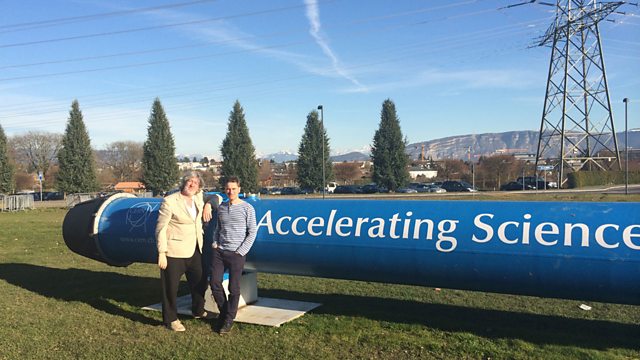 CERN collaborates with the Tribeca Film Institute at a Hacakthon with scientists, technologists, filmmakers and hackers to create revolutionary ways of telling the science story.

CERN, the European Organization for Nuclear Research, gets together with the Tribeca Film Institute for a world first - "Story Matter", a Hackathon to develop ideas about the way that science stories are told interactively. The aim is to inspire hackers, filmmakers and scientists; and to allow the public to glimpse a side of the scientific process that they never knew existed; stories that are often hidden behind science and within data. That is also the aim of the special edition of Click. Gareth Mitchell and Bill Thompson travel to the Hackathon to talk with the participants about their innovative use of technology – for example utilizing sensors, brain scanning equipment, hacking video game consoles and cameras to inform some of the projects at Story Matter.