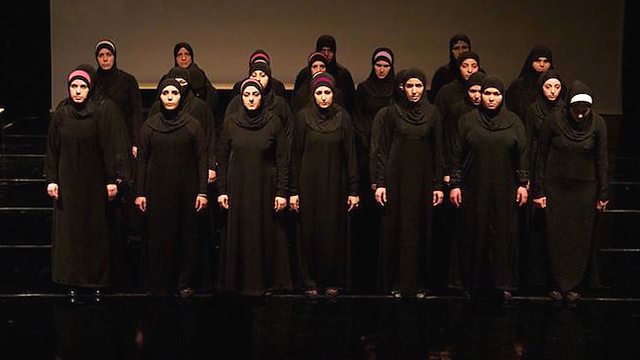 We meet a group of Syrian women living as refugees in Jordan who have been taking part in the ancient Greek play The Trojan Women, by Euripides.

Dale Gavlak meets a group of Syrian women living as refugees in Jordan who have been taking part in the ancient Greek play The Trojan Women, by Euripides. The drama has helped them work through the trauma and loss they experienced back home.

Michelle Gomez is a 'skip tracer' - a kind of bounty-hunting private investigator. She tracks down fraudsters on the run and prefers cases the FBI have not been able to solve. She shares some of her trade's secrets with Lucy Ash.

On the countdown to this summer's Commonwealth Games in Glasgow, he have been asking athletes from all around the world about the music that inspires them. Today, we meet veteran runner Gideon Mthembu from Swaziland.

Writer Rana Dasgupta left his job in New York in 2000 to spend six months in Delhi. He is still there! Rana's book about the magnetic appeal of the city, and its darker side of corruption and violence, is called Capital: A Portrait of Twenty-first Century Delhi.

Edmund De Waal is a writer and a potter. He is best known for large scale displays, made from lots and lots of simple porcelain pots. He told Nicki Paxman about his precious collection of 17th Century Japanese Netsuke carvings, which has been in his family for generations.
Edmund de Waal: Atmosphere opens at Turner Contemporary in the UK on 29 March 2014 and runs until 8 February 2015.

From Paramilitary to Baptist Pastor