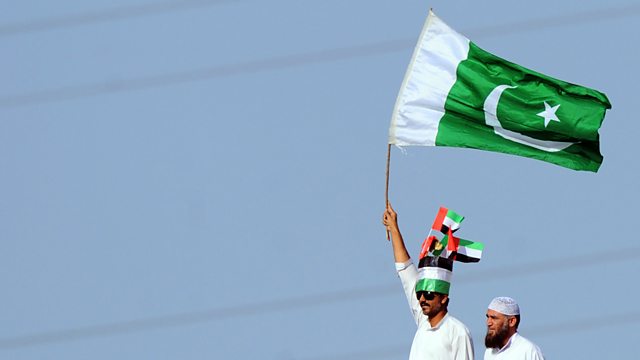 Understanding the world of Pakistani journalese

A few days ago at dinner with my family, I asked my parents what they did during the day. My father told me they went out shopping but they didn't take very long because it was "targeted shopping."

That phrase "targeted shopping" made me laugh - and it's because the word "targeted" has a particular significance in Pakistani Urdu today.

I first heard it in the news as "target killing" - referring to incidents of killings in Karachi, where a typical "target killing" is carried out by people on motorbikes who shoot their targets and then drive off. There's never been any conclusive proof of who carries them out, but they're typically attributed to the vast array of ethnic, political and sectarian groups vying for power in the city.

"Target-killing" then lead to the phrase "targeted operation" to refer to a government crackdown on "target killing."

I've never really understood what these journalists *really* mean. How do target killers differ from regular killers? Are there also un-targeted killers out there who don't have a particular target in mind? And are we as citizens supposed to derive comfort from the fact that the police are carrying out a targeted operation as opposed to an untargeted one in which people are arrested at random?

Yes, it's all very morbid, but it makes the headlines and breaking news everyday, and is now a commonly used phrase even by lay people - most of whom don't speak English.

One of the more unexpected foreign phrases that is now commonplace in Urdu is the Latin legal term "suo moto." The phrase itself describes when a judge takes legal action on an issue on his or her own initiative. Back in 2006, the Chief Justice of Pakistan's Supreme Court took "suo moto" action on highlighting the case of disappeared political activists in the country.

Back then, no one other than lawyers and court reporters had any idea of what "suo moto" meant - but today, thanks to the judicial activism of the courts, pretty much every news-consuming citizen in Pakistan knows how to use it.

I even saw a headline a few months ago that read something like: "Peshawar High Court ne muzir e sehat chapli kebab ki farokht par suo moto notice le liya." In English, the Peshawar High Court has taken suo moto action against the sale of unhealthy kebabs in the city!

There are so many more of these English phrases that have crept in to everyday Urdu. And every time an English phrase gets appropriated by Urdu it seems to me to be a reflection of the changing relationship between Pakistan and its colonial legacy.

In 1843, Sir Charles Napier conquered the province of Sindh on behalf of the British Raj in India. Napier Road, in central Karachi was named after him, and would later happen to become the main red-light district in the city. A few years ago, I was helping out a former colleague in the newsroom who was trying to improve his English. I found it somewhat amusing to discover that he thought Napier was the English word for prostitute! 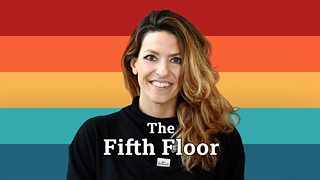 See all clips from The Fifth Floor (488)