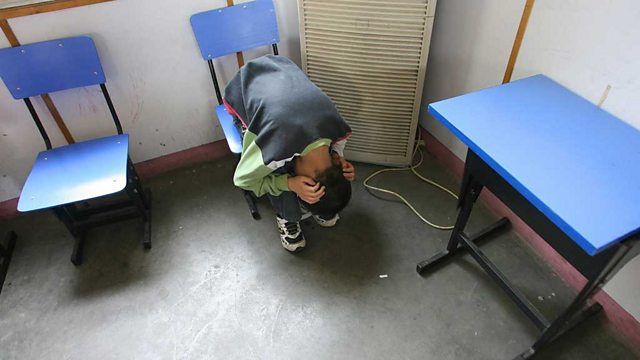 New research may begin to explain why more boys than girls have autism; tracking Bengal tigers in Nepal by their DNA; Could wind turbines stop hurricanes?

Boys are much more at risk from what are known as 'developmental disorders' such as autism, than girls. For every one girl, four boys will have autism but the reasons for this were not clear. New research suggests that girls seem to have more ‘robust’ brain development – in other words, it takes more genetic mutations to affect the way girls develop, than boys. Evan Eichler, Professor of Genome Science at the University of Washington School of Medicine, in Seattle was one of the scientists behind the work and joins us on the programme.

Tiger Gene Pool
Researchers in Nepal say they have been able to track about 60% of the iconic Bengal tigers in the country using DNA extracted from tiger poo. The DNA was extracted from cells in the poo that come from the lining of tiger's intestines. There are less than 200 known tigers in Nepal, and around 3,000 globally, so scientists hope this new work will help with conservation efforts. Ramesh Bhushal is the science reporter for the BBC's Nepali service, and tells us more from Kathmandu.

Offshore Wind Farms Could Stop Hurricanes
Around 10% of the UK's energy demand is met by wind turbines. The UK is home to the world's largest offshore wind farms – with the biggest of all being the London Array, in the Thames estuary, with 175 turbines. These generating stations at sea are a relatively new idea, but one that is catching on. Putting turbines offshore exposes them to higher wind speeds, and removes many of the objections they sometimes face on land. But they could do far more than just generate power, according to new research. They could also suck enough energy out of a storm that they could weaken or even negate hurricanes before they hit the shore, protecting coastal populations. Mark Jacobson, Professor of Civil and Environmental Engineering at Stanford University, is one of the researchers behind this proposal.