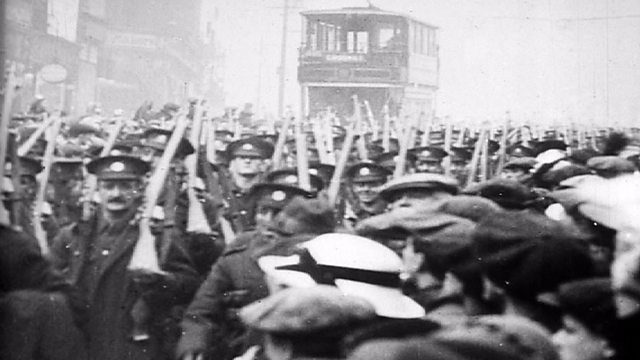 Fitzalan Square in the centre of Sheffield is now an unloved and largely forgotten public space, with major events in the city usually happening at Barkers Pool.

In 1914, it was a very different story. It was the place to be when the 1365 Hallamshire Rifles marched through the city of Sheffield on their way to the front. Fitzalan Square was the setting for a film of them passing through to jubilant scenes from the gathered crowds.

The square overlooked by a statue of King Edward VII was once home to a cinema and it is likely that this was where the film would have been shown. The images show smiling troops and waving onlookers, nobody at that time had any idea what they would soon be facing overseas. Many of those happy and cheerful faces would never return home.