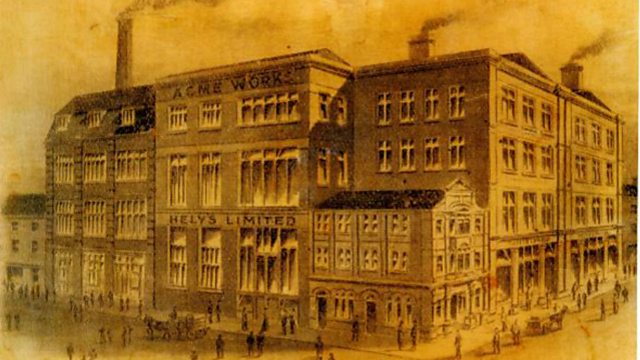 Over 2 million military recruitment posters were distributed across Ireland

Dame Lane in central Dublin was once home to Hely’s Print Works. The company was just one of many printers to benefit from the booming business of producing military recruitment posters.

It is estimated that over two million posters were distributed and displayed around Ireland - in offices, on hoardings and in railway stations.

Ireland was unique within the United Kingdom in that conscription was not introduced. In light of this, a special effort was made to produce posters that might encourage Irishmen to enlist. Irish symbols such as the shamrock and wolfhound were used in an attempt to tailor the message to Irish sensibilities. Specific messages appealing to Irish women and Irish Catholics were also used.

Professor David Fitzpatrick from Trinity College Dublin has written extensively about recruitment in Ireland during World War One.