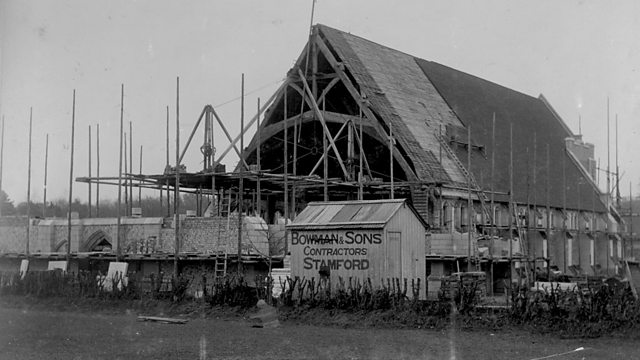 Remembering former pupils who were killed at war

More than 100 men who had been students at Gresham’s school in Holt fought and died in World War One. Their headteacher, George Howson, was devastated by the loss and died shortly after the armistice was signed. It is said his spirit was broken by war and that he died because of it.

There was a flourishing officer training corps at the school and when they left school they joined up serving on land, sea and air. The Gresham’s boys joined the services as officers making them particularly vulnerable to snipers, who targeted the higher ranks.

The Chapel at Greshams is used daily by pupils for prayer and school announcements. It is also used for large celebrations and commemorations by the wider community in Holt.

School Governor and author of “When Heroes Die”, Sue Smart, explains why the Chapel is so important to the memory of the students who died.