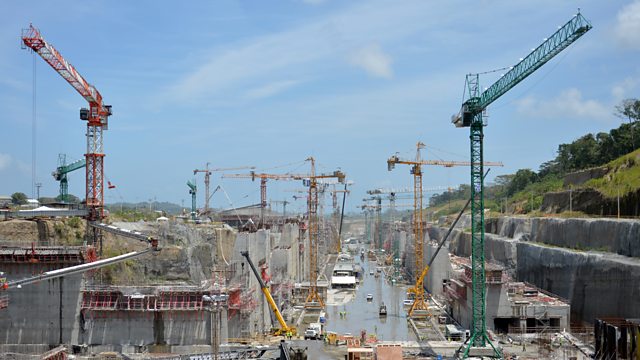 Vital upgrade work on the Panama Canal is halted in a dispute over who will pay for it.

The chairman of the Panama Canal Authority Jorge Quijano tells presenter Roger Hearing why work to expand the vital shipping artery connecting the Atlantic and Pacific Oceans has been halted. Thousands of Bosnians protest their economic misery and we hear about the royal corruption case captivating Spain. Toronto based journalist Lee Carter joins Roger live to discuss the week's big stories - including Canada's overhaul of its citizenship laws. And, a branding expert gives us his thoughts on the president of Kazakhstan's proposal to change the country's name.