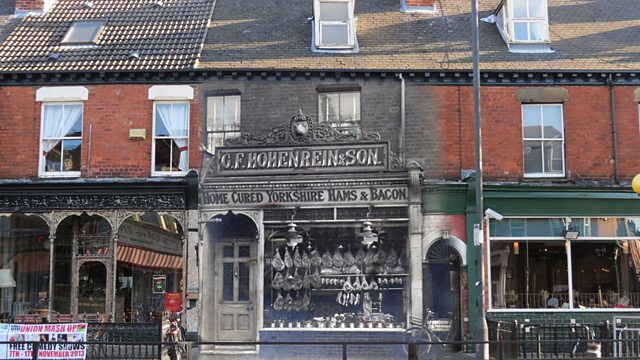 How war affected German immigrants who had livelihoods in Britain

Pre-1914, German immigrants lived a normal life trading in Hull often as pork butchers, sugar bakers and other skilled merchants that linked Britain with the continent. Engaging in German culture was part of British life, enjoying music and food associated with the country, until war struck.

Riots across the city lasting for three days occurred after Zeppelin raids on 15 June 1915 that led to large mob gatherings outside German businesses on Hessle Road, Holderness Road and Princes Avenue.

One business to feel the brunt of change was the Hohenrien family and their pork butcher business. Founded by German immigrant GF Hohenrien in 1914, the business at 22 Princes Avenue was run by his youngest son; British-born Charles. Regardless of the previous love customers had for the butcher shop he protested his Britishness but had no option but to close the business. Eventually he changed the name to Ross, trading under that name till the late 1980s.