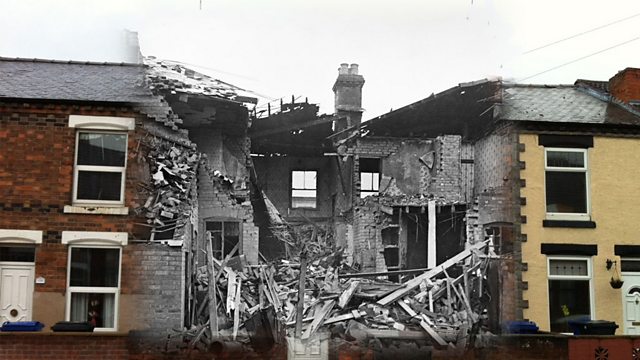 Christ Church in Burton-upon-Trent was bombed by German Zeppelins on 31 January 1916. It was one of the first places in Britain to suffer an aerial bombardment.

The British Caribbean Association (BCA) sits on the site of the original Christchurch mission rooms, which was one of the locations bombed.

Of the 40 locations in Burton that were targeted the highest number of casualties were in the mission rooms where a missionary, Mary Rose Morris, was addressing a crowd of 200. She died instantly.

In total, 15 people died in the raids or shortly after, while 72 people were treated for their injuries at Burton Infirmary.