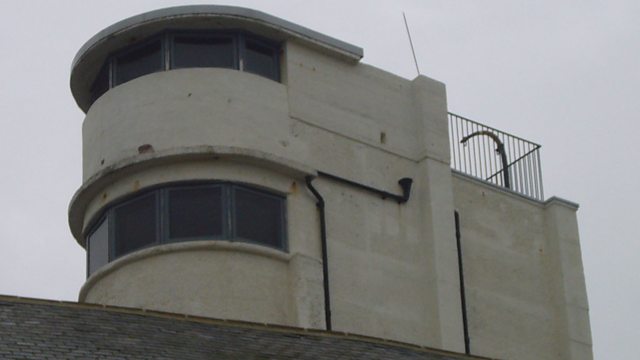 47A Percy Gardens is a six storey watch tower built towards the end of World War One, one of the tallest of its kind.

It was built at the back of a house owned by the War Office and used as a command centre for coastal defences. The tower was built to provide watching eyes for a pair of gun turrets, one at Marsden at South Shields, and the other near Seaton Sluice.

The aim was to strengthen coastal defences following German Zeppelin attacks on Tyneside.

The plans were drawn up in 1916, but the tower and the turrets were not completed until after the war. The guns were test-fired once and then closed but the tower was used again during World War Two.

After WW2, the tower, now a listed building, was sold as a private residence and has had many owners since.