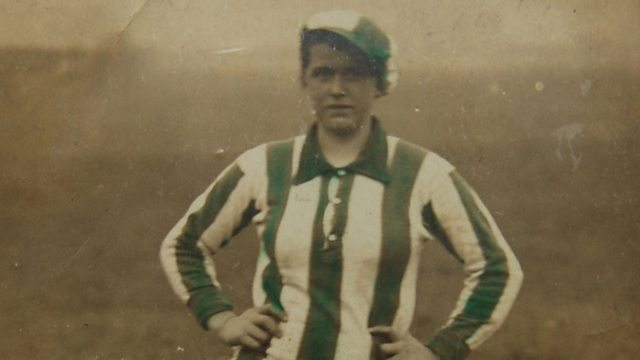 A women’s football team that was unbeaten during WW1

Thousands of women munition workers played football during World War One but one team in the North-East stood head and shoulders above the others.

Blyth Spartans Ladies FC had been taught to play by navy lads on the beach and in two years they were never beaten. Their centre forward Bella Reay scored 133 goals in one season and went on to play for England.

In 1918, a knock-out competition called the Munitionettes Cup was held which attracted 30 teams. Blyth Spartans were the eventual winners, beating Bolckow-Vaughan of Middlesbrough at Ayresome Park in front of a crowd of 22,000, Bella Reay getting another hat-trick.

The women were highly skilled and competitive but when the war ended the factories closed and their teams folded. A few of the women continued to play, but in 1921 the FA banned women’s football at their grounds bringing to an end a colourful chapter in women’s sport, which has long been overlooked.