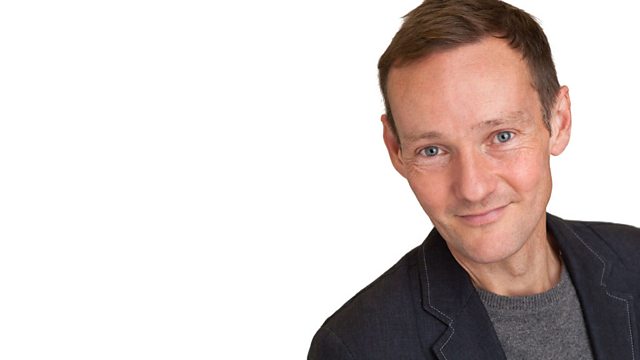 Where were you when Torvill and Dean skated into the history books?

Mark Dennison is in Sarajevo for the 30th anniversary of the 'Bolero' routine.

Mark celebrates the 30th anniversary of Torvill and Dean's 1984 Olympic Gold Medal winning 'Bolero' routine. The performance and resulting score made the pair the highest-scoring figure skaters of all time. Mark Dennison is live in Sarajevo as the Nottingham duo take to the ice once more. Where were you when Torvill and Dean skated into the history books?

As well as a 30th anniversary, Mark celebrates the 40th birthday of one of Stoke-on-Trent's favourite sons; Robbie Williams. He hears from a woman who has the singer's signature on her bottom; his adoring fans and one very proud dad. Mark is asking which famous face has done the most for your town.

Forget David Cameron, the Environment Agency and local councils: the real reason homes and properties have been devastated by flooding is because we're not PRAYING enough. That's according to a Buckinghamshire Reverend, who has been speaking to the BBC's Iain Lee.

You may well have chucked it in the bin along with the take-away menus and free catalogues, but leaflets detailing a new NHS scheme have started to be delivered across the country. Under the Care.Data scheme, information from GPs' patient records will be loaded onto a national database. Mark finds out what it means for you and your family.

BBC Introducing tonight comes from Mirror Signal and Dominic Morgan who are both from Stoke, and have covered Robbie Williams songs to celebrate his birthday.

Latest on the storms battering Britain

See all episodes from Mark Forrest