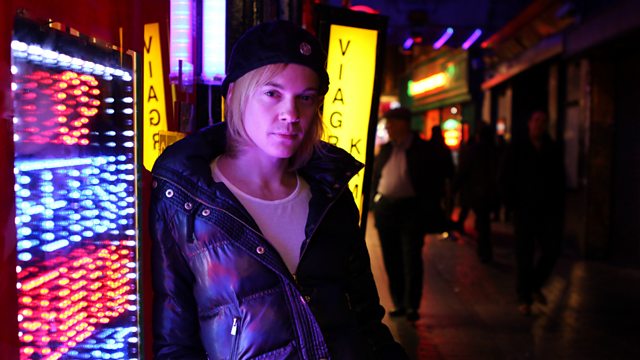 Exploring the surprisingly professional world of male sex workers living in London, which has now become a destination for male escorts from all over the world.

Prostitution is regarded as the world’s oldest profession and one which has traditionally been the domain of women. Today, it is common to also find men selling sexual services - particularly gay men - and rather than a job they have been forced into, for many it is viewed as a legitimate career choice.

As both a leading financial centre and tourist destination, London is seen by many male escorts as the number one place to ply their trade. BBC reporter Mobeen Azhar meets up with men from countries such as Brazil, France and Australia, who have come to the city to cash-in on the high demand for their services.

He discovers a surprisingly professional world where escorts, as they prefer to be known, talk about their ‘brand’ and their role as ‘service providers’ - business savvy which can earn them thousands of dollars a week. He also meets men who use their services, asking why in an age when sex is seemingly so freely available, do they feel the need to pay for it?

While the old ‘rent boy’ scene where young men would solicit on the streets has been modernised by the internet - making the job significantly safer - escorts still face risks such as sexually transmitted diseases, violent clients and a potential battle with personal demons as they come to terms with what they do for a living. The programme learns how some escorts are caught in a cycle of selling sex to fund their drug addiction - an addiction which began as a means to cope with their self-loathing as a result of selling sex for a living.

However, other escorts and sexual health charities explain how these negative experiences are not typical for most of the male sex workers in London – they say the majority are in control, calling the shots, and selling sex out of personal choice. But while many of these young men are content with their career – proud, even - is society ready to accept them? Or will the stigma of selling sex for a living still remain for years to come?

The Man Who Fell to Earth

Josh Brandon is one of London’s most successful male escorts. Josh is proud of his professionalism, and says he is an entrepreneur first, who happens to use sex as the product. He even has a loyalty card, via which regular clients can collect points for a free booking with Josh.

Nico is 40-years-old and first started selling sex in Paris when he was 16. He has spent many years working as an escort in London, and says the only reason he is still doing so is to fund his drug addiction.