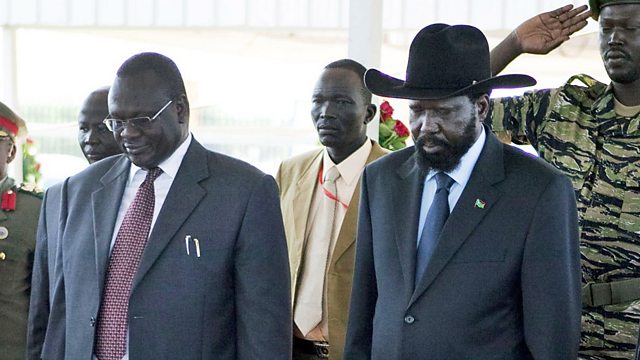 South Sudan and the Dolomites in Northern Italy

James Copnall on the reasons behind the current bloody rebellion in South Sudan, and Lachlan Goudie on the gruesome World War One history of an Italian mountain path.

South Sudan gained independence from Sudan in 2011, after decades of bloody civil war. Now the optimism of 2011 has faded, as peace has turned into deadly conflict again. This time the two factions are dominated by the President's Dinka ethnic group on the one side, and the former vice-president's Nuer ethnic group and militia on the other. James Copnall looks at what lies behind the fighting.

The Dolomites mountains in northern Italy and southern Austria seem a long way away from war, but as Lachlan Goudie found when he went for a hike in the beautiful landscape dominated by scenic peaks and glaciers, the path he took was not carved for tourists. It was actually a World War One supply route, in an area where thousands died, in enemy attacks, and winter snowstorms.