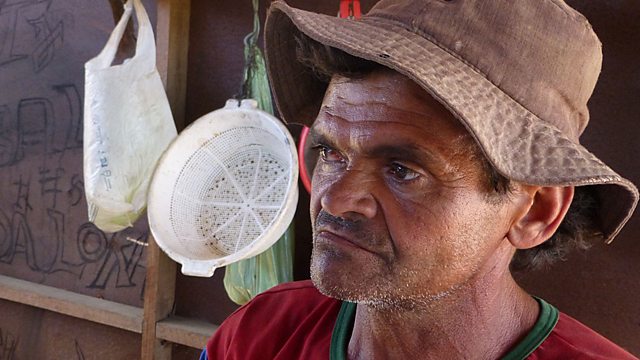 Brazil's anti-slavery hit-squads are unique. Since 1995, these committed bands of labour inspectors, accompanied by heavily armed police, have rescued 46,000 people deemed to be working as slaves. But Brazil's legal definition of slavery is contentious. It includes degrading conditions of work, which campaigners say amount to coercion. Some employers reject that. And now the stakes have been raised by proposals to confiscate land from bosses found to be flouting the anti-slavery standards. In a journey that takes her from cattle country on the edge of the Amazon, to the parched, rocky badlands of the north-east, Linda Pressly meets the campaigners, employers and politicians on both sides of the argument, and hears powerful testimony from the workers trapped in the middle.

(Image: A worker at a remote quarry in north-eastern Brazil. The quarry has been raided by the anti-slavery hit squad. BBC Copyright)

Greenland: To Dig or Not to Dig?