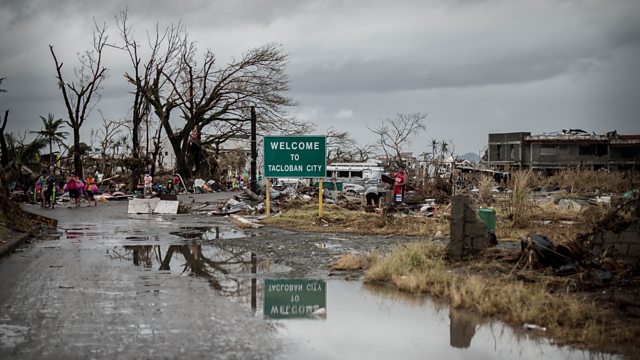 Cristina Gonzales-Romualdez is the wife of the mayor of Tacloban. When Typhoon Haiyan struck the town, she found herself fighting against nature to save her two young daughters.

Matthew Bannister talks to the wife of the mayor of Tacloban, one of the worst hit areas by Typhoon Haiyan in the Philippines. From Manila she spoke to Matthew about the moment the typhoon hit and fighting to save her two daughters.

We also hear about an unlikely treat for cheering crowds in Sudan, where a Japanese diplomat has jumped into the ring to take part in one of the country's most popular sports - wrestling. And Matthew speaks to singer-songwriter Katie Melua about the influence of her Georgian roots.

Held as 'Slaves' by Nazi Sympathisers