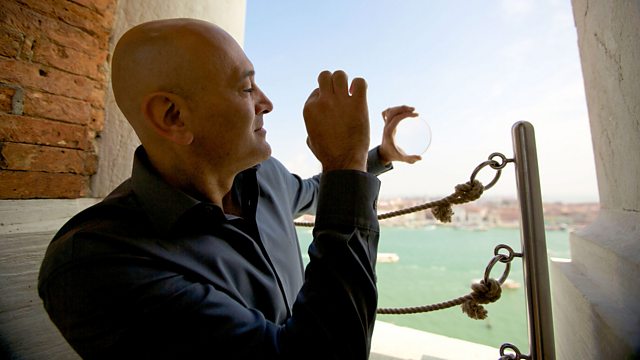 Light and Dark
Episode 1 of 2

Professor Jim Al-Khalili shows how mathematicians and scientists such as Euclid, Galileo and Ole Roemer have used light to reveal almost everything we know about the universe.

Two-part series in which Professor Jim Al-Khalili shows how, by uncovering its secrets, scientists have used light to reveal almost everything we know about the universe. But in the last 30 years we have discovered that far from seeing everything, we have seen virtually nothing. Our best estimate is that more than 99 per cent of the universe is actually hidden in the dark.

The story of how we used light to reveal the cosmos begins in the 3rd century BC when, by trying to understand the tricks of perspective, the Greek mathematician Euclid discovered that light travels in straight lines, a discovery that meant that if we could change its path we could change how we see the world. In Renaissance Italy 2,000 years later, Galileo Galilei did just that by using the lenses of his simple telescope to reveal our true place in the cosmos.

With each new insight into the nature of light came a fresh understanding of the cosmos. It has allowed us to peer deep into space and even revealed the composition and lifecycles of the stars.

In the 1670s, the Danish astronomer Ole Roemer discovered that light travelled at a finite speed, a discovery that had a profound implication. It meant the further one looks out into the universe, the further one looks back in time. And in 1964, by detecting the cosmic microwave background, the afterglow of the big bang, we captured the oldest light in the universe and saw as far back as it is possible to see with light.

See all episodes from Light and Dark

See all clips from Light (3) 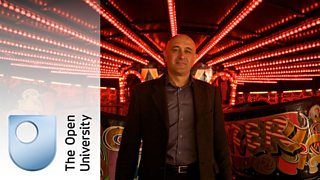 Step into the light or explore the mysteries of the dark with The Open University.