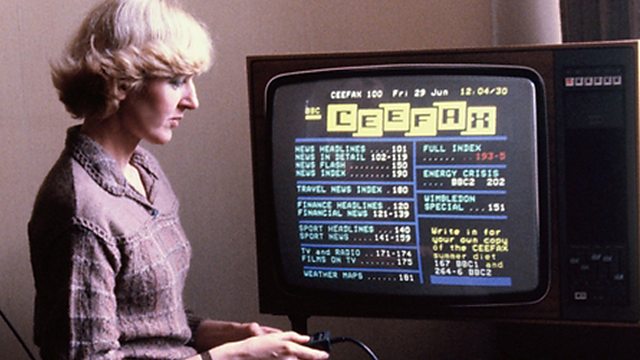 When CEEFAX started in 1974, it was the first teletext facility in the world - enabling the viewer to "see facts" - and the start of interactive television services that are now taken for granted. CEEFAX was developed two years earlier by BBC engineers who exploited the unused capacity of the 625 line television signal to send information. The text could be displayed instead of the television picture or overlaying it, and accessed at the touch of a button.