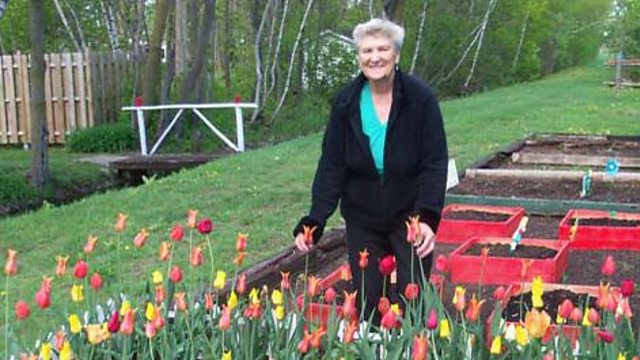 'Nuns told me I was mentally ill'

Jo Fidgen hears from Clarina Duguay, one of the Duplessis orphans: children born between the 1940s and 50s who were sent to psychiatric hospitals despite not being mentally ill.

Quebec-born Clarina Duguay is one of the Duplessis orphans: children born between the 1940s and 50s who were sent to psychiatric hospitals despite not being mentally ill. Clarina was forced to spend six and a half years in such a hospital and, as she told Jo Fidgen, the experience had a profound impact on her life.

Then, we look behind the Hollywood curtain with stuntwoman Amanda Foster. She has spent most of her career performing in major blockbusters, alongside the likes of Brad Pitt, Pierce Brosnan and Tom Cruise. She talked about the challenges she had to overcome to become Britain's first black stuntwoman.

Fifty years on from Martin Luther King's 'I have a dream' speech, we heard from Hank Thomas - a former member of the 'Freedom Riders'. They were a group of black and white civil rights activists who set out on a dangerous journey from Washington DC into the Deep South to fight racial segregation in the US.

For most of his childhood, Rawi Hage's home city - Beirut - was beset by civil war. At 17, he fled to North America, working as a taxi driver in New York, and ending up in Canada. Then he started writing - fantastical novels about immigrants and drop-outs - and won several literary awards. He told Jo Fidgen about the inspiration for his latest novel, 'Carnival'.

In the favelas of Brazil, funk carioca has become a bit of a musical phenomenon - and MC Leonardo its biggest star. But the scene took a hit when police banned 'baile funk' parties where the music was played, saying that they were attracting drug traffickers. The ban was lifted just a few days ago, but MC Leonardo told Gibby Zobel there is still a lot to fight for.

'Gorillas taught me to be human'