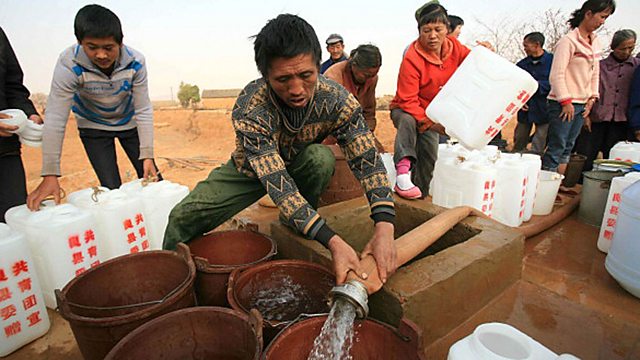 Scientists are using computer models to map the areas with arsenic-contaminated water in China. The maps increase the speed and efficiency with which wells can be tested, to see if the drinking water is safe, or laced with naturally-occurring arsenic. These maps will not replace physical testing, but instead will focus it.

The computer models use the widely available geospatial, climate, landuse and satellite data of the areas to make their predictions, along with data from the ground. These computer models have the potential to predict the levels of other water contaminants all over the world.

Artificial Reefs
Artificial reefs have been around in Gibraltar since 1973 when tyres were tied down to the sea bed to attract wildlife. In 1974 this was extended with sunken ships. Now in 2013, 70 concrete blocks are extending the reef.

But what is an artificial reef? Do they work like natural coral reefs, which provide habitats for fish and other marine animals? Or are they just useful for preventing damaging fishing practices like trawling and raking the seabed for shellfish?

Scientists have now discovered how gambiense has evolved a three-part defence system against our own immune systems, which could lead to the development of future therapies.

This week’s programme is presented by Roland Pease.

Growing a Brain in a Dish