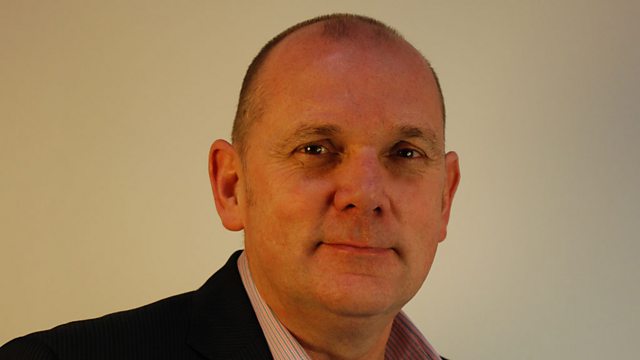 Former police officer Jim Gamble, took on the mission of catching and convicting paedophiles. He talks about the toll his work took on him.

For four years, Jim Gamble was the senior officer in charge of the UK's Child Exploitation and Online Protection Centre, a specialist police unit that tackles child sexual abuse. His team investigated a distressing and murky world, in which society's most vulnerable members are subjected to horrific abuse. Jim tells Matthew Bannister what drove him forward in his mission to catch and convict paedophiles.

Seventy-seven-year-old Aabid Surti is the creator of India's most famous comic-strip hero: Bahadur. But, every Sunday, he can also be found fixing the leaking taps of Mumbai, as he tackles what he sees as the monumental waste of a precious resource. He runs an organisation called the Drop Dead Foundation, which has saved several million litres of water since its foundation in 2007.

Ruby Wax is an American-born performer who became a successful comedian and interviewer on British television. But, in the early 1990s, Ruby was diagnosed with depression. Since she was diagnosed, Ruby has been studying the workings of the mind and she has been doing her bit to raise awareness of the condition, by putting on a stage show about it and now writing a book.

While a Scot called Andy Murray was winning the Wimbledon tennis championships, another one was in Kenya running 18 ultra-marathons in 18 days. The other Andrew Murray is a doctor who specialises in sporting performance. He tells Matthew Bannister how he has run ultra-marathons over some of the world's most beautiful and challenging terrain.

Aabid Surti, the creator of Bahadur, India's most famous comic-strip hero, tells why he spends his weekends fixing the leaking taps of Mumbai - his 'Drop Dead Foundation' has saved many millions of litres of water.