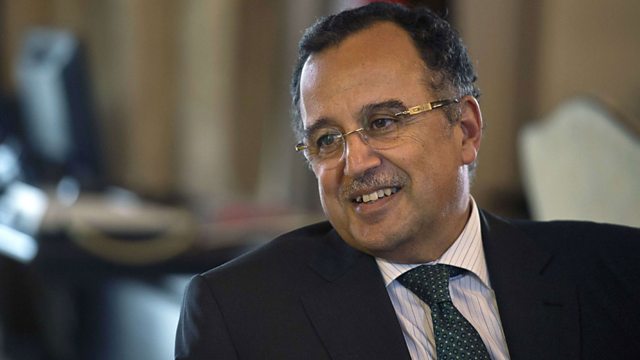 Can the interim government in Egypt bring democracy as promised?

The political standoff in Egypt remains in the balance. Thousands of supporters of ousted President Mohamed Morsi, remain camped-out in Cairo. The interim government wants them removed but more bloodshed could follow if the troops move in. Hardtalk speaks to Egypt's new Foreign Minister, Nabil Fahmy. He is part of a government which many of his compatriots view as illegitimate. So will they bring democracy to Egypt as promised or will the streets of Cairo once again become a battlefield?