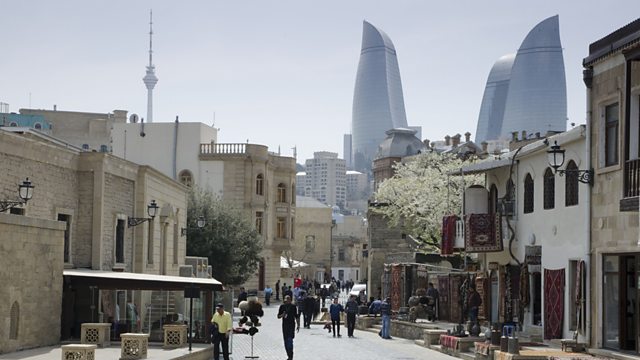 Extracts from the forthcoming film 'Growing Into Music - Azerbaijan' by SOAS

Young tar virtuoso Mir Javid Jafarov with his dad and teacher Mir Javad at their home in Baku.

Young tar virtuoso Mir Javid Jafarov with his dad and teacher Mir Javad at their home in Baku.

Growing into Music is a film-based research project that explores how children in specialist oral traditions from different parts of the world acquire musical skills and knowledge. The project explores the contrasting ways that musicianship continues to be orally transmitted across generations. Sometimes this process takes place within families, involving varying kinds of pedagogy, ranging from one-to-one formal lessons, to learning within peer groups of children, via play, osmosis, imitation and performance. Oral traditions are increasingly being taught within music schools, notably in Azerbaijan. Shot between 2009-12 on location in India, Azerbaijan, Mali, Venezuela and Cuba, the Growing into Music films are available on the Growing into Music website (see below), and are a celebration of childhood musicality and a window on the changing nature of oral cultures in the 21st century.

Funded by a major grant from the Arts and Humanities Research Council ‘Beyond Text’ scheme, the project is a collaboration between SOAS, University of London, (Dr Lucy Durán, Dr Nicolas Magriel, Michele Banal); Royal Holloway, University of London (Dr Geoffrey Baker); and the Azerbaijan Academy of Sciences (Dr Sanubar Baghirova).
The film clips shown here are taken from a forthcoming one-hour documentary - Growing into Music in Azerbaijan - which follows children learning mugham and ashiq traditions in Azerbaijan, filmed and edited by Michele Banal (with additional footage by Dr Nicolas Magriel) under the guidance of Dr Sanubar Baghirova.

These clips are shown here as part of the partnership between SOAS Music Department and BBC Radio 3 World Routes Academy 2013.

For further information and other films from the Growing into Music project, please visit www.growingintomusic.co.uk 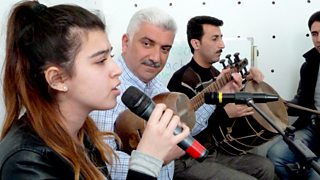 See all clips from World Routes (48)