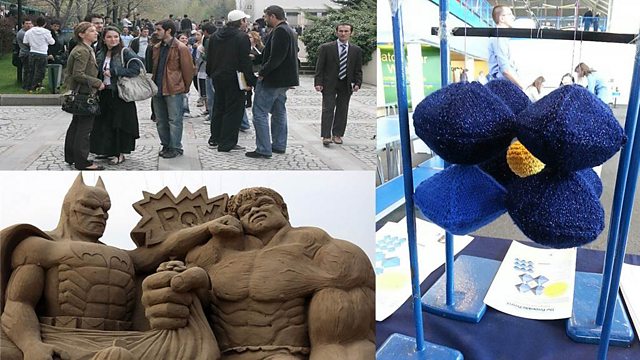 Turkey's science funding council is accused of religious bias over science teaching. Plus, what superheroes can teach us about science.

The Turkish government’s refusal to fund a summer school course on evolution has brought into sharp focus the divisions between political Islam and secular society in Turkey.

In school creationism is taught alongside evolution, though studies show there is more emphasis on the former. Many scientists see these moves as part of an anti-science agenda from the Islamist government. However the government points out it is still the largest funder of scientific research in Turkey.

What Superheroes Can Tell Us About Science
A new series of online videos uses superpowers such as flight, invisibility and immortality to illustrate a range of scientific concepts in an accessible way.

Knitting Perovskite
The global mission to knit the molecular structure of perovskite – a substance found in everyday electronics. Despite its abundance and wealth of uses, it remains obscure.

The Politics of Flood Forecasting