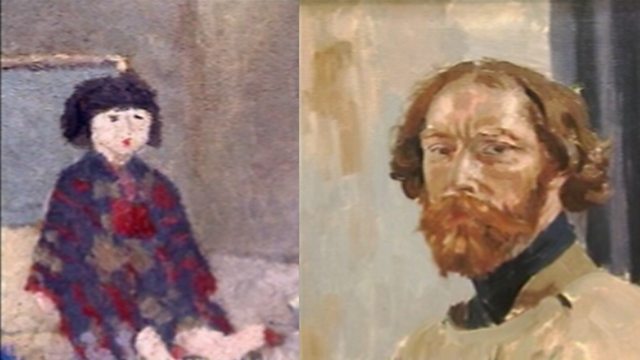 Presenter Kim Howells and Glynn Vivian gallery curator Karen McKinnon compare the paintings of Tenby-born Augustus John and his sister Gwen John. They discuss Augustus' flamboyant style which was more popular with potential patrons. Discussing Augustus' painting The Tutor, they compare styles - Augustus was more experimental and varied his style and his colour palette more. Despite being brother and sister their styles were vastly different and became more so as they went through life. This was probably down to personality and lifestyle - Augustus' flamboyant, sociable character is reflected in his painting. As with many other artists around the time of the First World War, when the Johns were in their formative years as painters, they were influenced by European art movements. However they both treated these influences very differently. 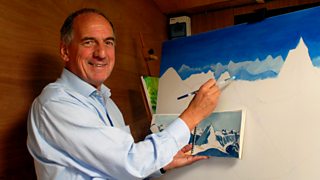 See all clips from Framing Wales (55)