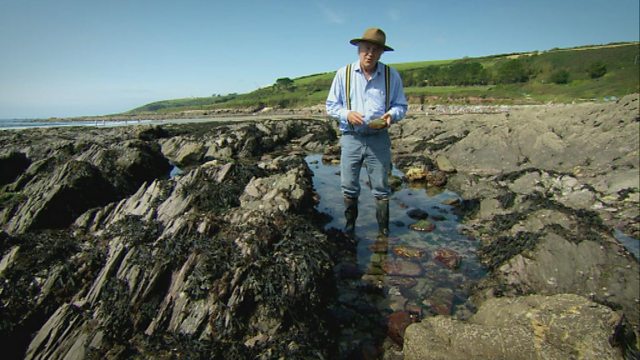 Professor Richard Fortey introduces rock pools where there is a huge diversity of organisms, many of which we are completely unaware of. The professor is a palaeontologist and refers to rock pools as being “a window to the past”. Some of the animals present in today’s rock pools have outlived the dinosaurs. The rock pools and these animals are found in an area called the intertidal zone; this is the land caught between high and low tide. The plants and animals here have to cope with changing levels of temperature; salinity; moisture and the pressure of both land and sea predators. The 9000 plus species of seaweed found in the UK today started off life billions of years age as simple blue/green photosynthesising bacteria. About 1.3 billion years ago early seaweed was formed and now investigation into the effect that tidal movement has on its survival is being carried out. 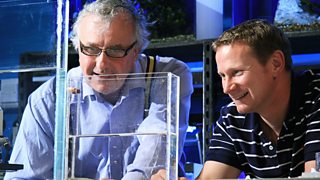 The Secret Life of Rockpools

More clips from The Secret Life of Rockpools

See all clips from The Secret Life of Rockpools (6)