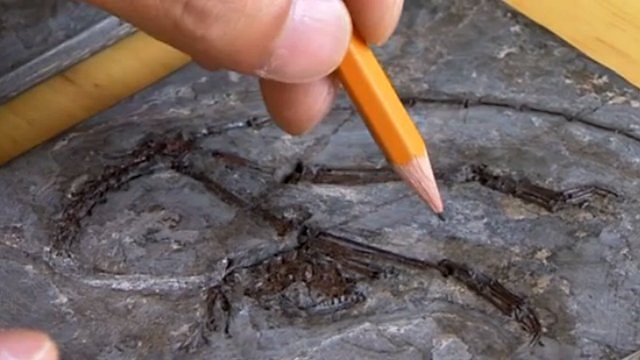 The mouse-sized fossil that's the oldest primate to be found. Plus, how residents are celebrating biodiversity in LA and the world-leading science communication competition.

Oldest Primate Fossil
A mouse-sized fossil from China is the oldest primate yet found. The discovery reveals more about the origins of the broad group of animals that includes humans. At 55 million years old, the tiny Archicebus - which roughly translates as ‘ancient monkey’ - helps explain more about the primate tree of life.

LA Citizen Science
Local residents are being encouraged to explore and celebrate the state’s biodiversity. So far the project has led to the discovery of several species of lizard – found in California for the first time.

FameLab
It started in the UK in 2005 and is now a world-leading science communication competition. To date, more than 5000 young scientists and engineers, from over 20 countries, have participated so far. Lyubov Kostova, Public Communications Manager at the British Council in Bulgaria and Timandra Harkness - writer, performer and FameLab stalwart - discuss why the model is so successful.