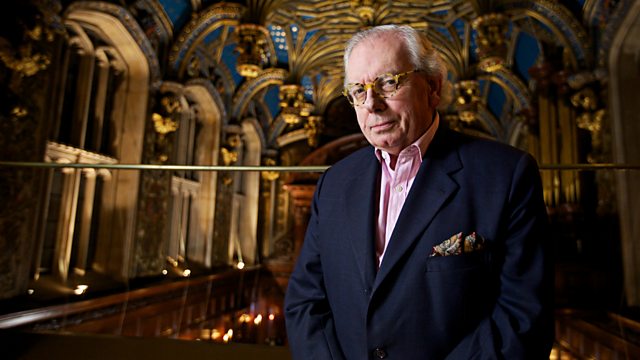 Dr David Starkey reveals how the story of British music was shaped by its monarchy, beginning with kings who were also composers, Henry V and Henry VIII.

Dr David Starkey reveals how the story of British music was shaped by its monarchy. In this first episode he begins with kings who were also composers - Henry V and Henry VIII - and the golden age of English music they presided over. He discovers how the military and religious ambitions of England's monarchy made its music the envy of Europe - and then brought it to the brink of destruction - and why British music still owes a huge debt to Queen Elizabeth I.

Dr Starkey reveals why Henry V took a choir with him to the Battle of Agincourt, and hears the music the king wrote to keep God on-side in his crusade against the French - rarely performed in the centuries since, and now sung by the choir at Canterbury Cathedral. He visits Eton College, founded by Henry VI, where today's choristers sing from a hand-illuminated choir book which would have been used by their 16th-century predecessors, King's College, Cambridge, built by successive generations of monarchs and still world-famous for its choir, and the Chapel Royal at Hampton Court Palace, where Henry VIII and Elizabeth I heard works created especially for their worship by some of the greatest composers in British history.

See all episodes from David Starkey's Music and Monarchy

See all clips from Crown and Choir (6) 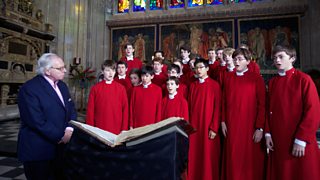 Watch full excerpts of some of the musical pieces featured in the series.