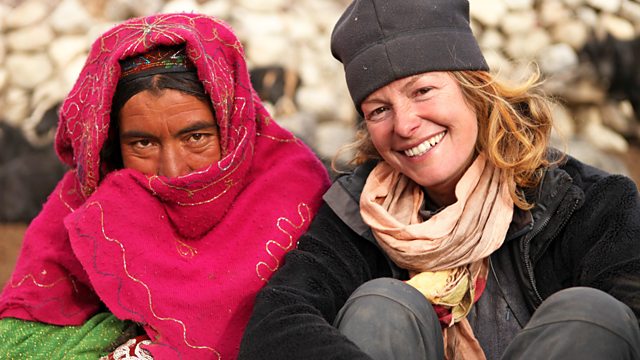 Kate Humble lives with shepherds in some of the most extreme environments on earth. In Afghanistan, she meets traditional shepherds in the remote Wakhan Corridor.

Kate Humble lives with shepherds in some of the most extreme environments on earth, discovering how the relationship between shepherd and flock has played a crucial role in human history.

In the first film, Kate, who bought her own farm in Wales two years ago, treks for two days in Afghanistan to reach the wild and remote mountains of the Wakhan Corridor to live with some of the most traditional shepherds on earth. The Wakhi shepherds of north-east Afghanistan are one of the world's last truly traditional herding cultures. The Wakhi live as they have done for thousands of years, at the mercy of nature and utterly dependent on their animals for survival.

Though she learns that there is nothing romantic about life in such a tough environment, Kate discovers strong, proud people, whose close and vital bond with their animals echoes the 10,000-year-old relationship between shepherd and flock.

See all episodes from Wild Shepherdess with Kate Humble