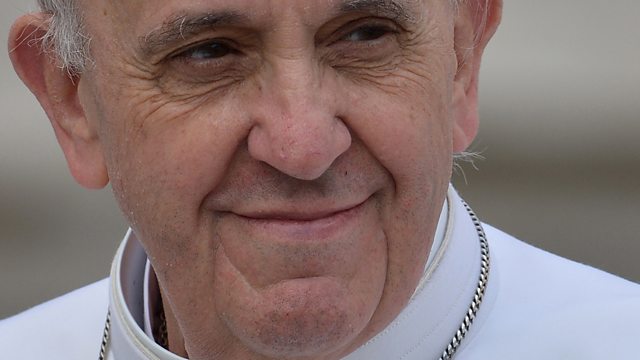 The Truth About Pope Francis

Mark Dowd is in Buenos Aires to find out about Pope Francis' past, speaking to colleagues, friends and his sister about him.

For the past few weeks there has been excitement across the Catholic world over the election of the first Latin American Pope - a man who wants to put the poor at the centre of the Church's teaching. But a series of difficult questions have been raised about Pope Francis’s role during Argentina's "Dirty War" and the military dictatorship of the 1970s and early 1980s.

In this programme journalist and former Dominican monk Mark Dowd travels to Buenos Aires to find out the truth about Pope Francis. Mark speaks to those close to the new Pontiff, his former colleagues, friends and sister about his motivations and character. He talks to key players in the case of two Jesuit priests who were seized and tortured by the dictatorship to find out what Pope Francis really knew and did when they went missing. And he hears from a family whose pregnant relative was kidnapped by agents of the dictatorship. The baby was taken away and relatives appealed to the then Father Bergoglio for help in finding the child. But what happened? And when did Father Bergoglio become aware of the scandal of the stolen baby?