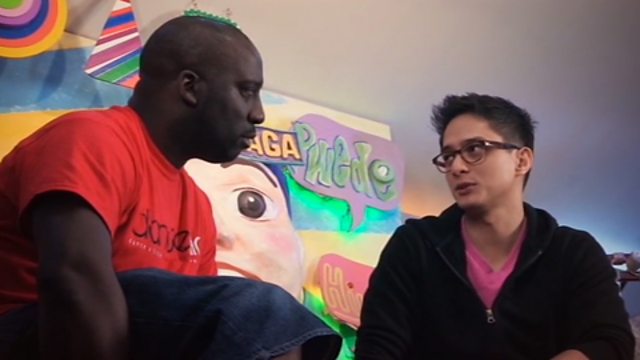 When Josh West worked as a Jeepney driver, for the BBC 2 Programme ‘Toughest Place to be a Bus Driver’, he had no idea he would end up dancing the ‘Cha Cha’ on Eat Bulaga, one of the most popular shows on Philippine Television.

But two years earlier, during the ten days he spent in Manila, living and working with Jeepney driver, Rogelio Castro, he had been so moved at Rogelio’s plight that he had decided to do something to transform the lives of the Castro family.

He decided to pay for a private education for Rogelio’s grandchildren, giving them access to university and a world of well paid professional jobs so they could lift the whole family out of poverty.

When Eat Bulaga presenter Ryan Agoncilla, saw the programme, he decided that he too wanted to help Rogelio and he invited Josh onto the show. 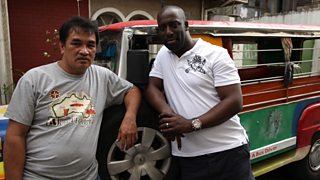 See all clips from Bus Driver (3)

More clips from Toughest Place to be a...