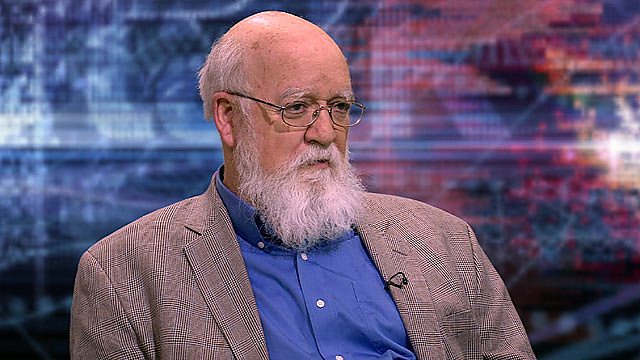 Daniel Dennett is a philosopher and cognitive scientist who applies Darwinian evolutionary theory not just to species, but to ideas, and specifically religious belief.

He believes religion hampers rational thought and ultimately damages our species. Professor Dennett told Stephen Sackur religion is a drug human beings need to give up.

He also described it as being like "the common cold" and said humans need to be cured of it.