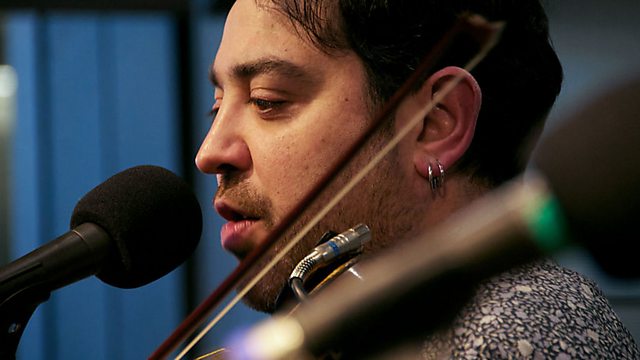 Mark is joined in the studio by traditional English power-trio Faustus, aka Paul Sartin, Benji Kirkpatrick and Saul Rose, who will perform songs from their new album Broken Down Gentlemen.

Paul (Belshazzar's Feast, Bellowhead), Benji (Bellowhead, Seth Lakeman Band) and Saul (Waterson:Carthy, Whapweasel) formed Faustus some years ago, but took an 18-month hiatus to concentrate on their other groups. Now they're back with some fine modern folk music that is by turns tender, rousing, and just a little bit bawdy.

With each member steeped in traditional music, Faustus will also talk to Mark about morris dancing in the 21st century, as they prepare for The Furnace, their upcoming tour with the acclaimed dance act Morris Offspring. 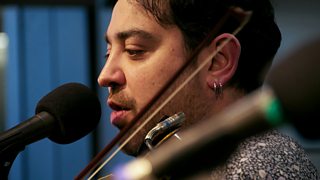 The Folk Show with Mark Radcliffe—Faustus in session

More clips from The Folk Show with Mark Radcliffe

See all clips from The Folk Show with Mark Radcliffe (38)