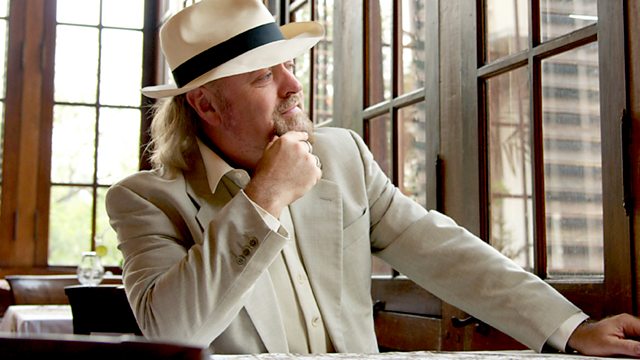 Wallace in the Spice Islands

Comedian Bill Bailey ventures to Indonesia's remote Spice Islands, in the footsteps of his hero - Victorian naturalist Alfred Wallace. Wallace was a bug collector who survived pirate attacks, boating disasters and malarial fevers to change the way we see life on earth. Independently of Charles Darwin, he came up with the theory of evolution by natural selection. But he has since been forgotten.

In the second of this two-part series, Bill encounters boggle-eyed tarsiers, monkeys with mohicans and spectacular birds of paradise on his mission to understand how Wallace cracked evolution. Ultimately Bill achieves his goal of getting Wallace the recognition he rightly deserves.

See all clips from Wallace in the Spice Islands (8)

Wallace, myself and the BBC