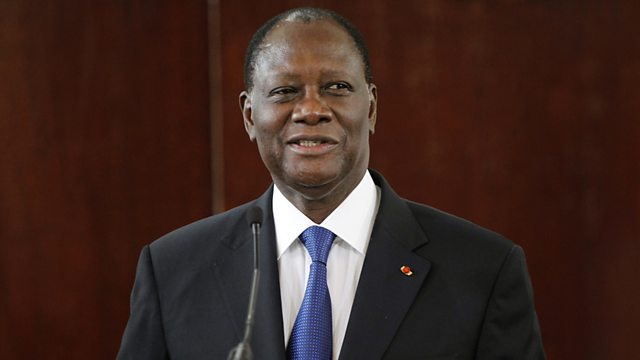 Zeinab Badawi talks to the president of Ivory Coast, Alassane Ouattara. His critics accuse him of letting off supporters of his who are suspected of crimes. Are they right?

Ivory Coast was once one of west Africa's economic powerhouses. Today, the world's biggest cocoa producer is trying to recover from the conflict that tore the country apart. Following elections in late 2010 the incumbent president, Laurent Gbagbo, refused to admit defeat to his opponent, Alassane Ouattara. After a period of violence in which thousands of Ivorians were killed, Gbagbo is now awaiting trial at the International Criminal Court in The Hague. As president of Ivory Coast, Alassane Ouattara has the task of uniting a divided country. His critics accuse him of presiding over a victor's justice and letting off supporters of his who are suspected of crimes. Are they right?