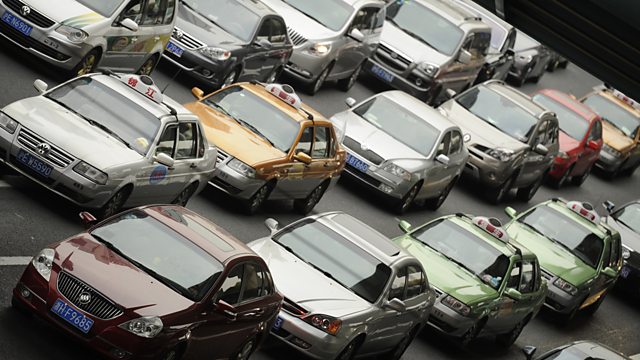 As the number of cars on the road increases, new vehicles are being developed to reduce congestion, pollution and even the need for car ownership.

There are over a billion cars in the world today, and there could be as many as four billion by the middle of the century. So how will we keep the roads moving and prevent pollution rising? Theo Leggett meets the people developing new cars that can fold, drive themselves and even communicate with each other. But are these new cars appealing enough to entice drivers away from traditional car ownership and are they suitable for the mega-cities of the future?

(Image: Cars line up as they stop at traffic lights on a street in Shanghai. Credit: PETER PARKS/AFP/Getty Images)

What If... We Could All Have the World's Best Education?

See all episodes from What If...