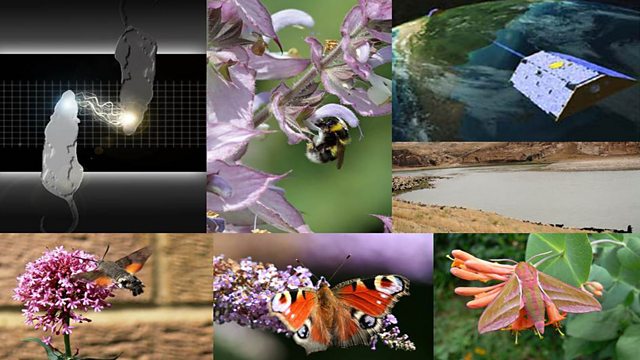 Rats communicate using brain-to-brain interface
Researchers at Duke University, North Carolina, have connected two rats using wired brain implants, allowing one rat to instruct another by sharing information directly from one brain to the other. As the first rat completed a simple task for a reward, its brain activity was sent to a second rat in an identical, but separate, cage. The second rat then decoded the message to successfully complete the same task with no other instruction. Professor Miguel Nicolelis talks to us about how he and his team completed this ground breaking research, and looks forward to future use in humans. Professor Christopher James comments on this potential application and discusses some of the ethical issues surrounding the development.

Satellite recording of groundwater depletion in Middle East
Water is a precious resource, and becoming increasingly scarce in already arid climates, especially in the Middle East. A seven year survey of the region by the GRACE satellite has revealed a loss of water roughly equivalent to the volume held in the Dead Sea. Professor Jay Famiglietti joins us from Jerusalem to share his team’s findings.

Are wild insect pollinators as important as honeybees?
A large, international study published this week reveals that many wild insects are as effective at pollinating flowering crops as human-managed hives of honeybees. The survey looked at 41 crops being grown across six continents. The researchers found that pollination techniques of wild insects led to twice as many flowers developing into mature fruits or seeds in some crops. These included plants such as cucumbers and tomatoes. Professor Lucas Garibaldi and Professor Jason Tylianakis explain the importance of both our wild and domestic insect helpers, and advise what these findings may mean for insect conservation efforts worldwide.

Meteor strike “a one in 50 year event”

Learning from the Japanese earthquake