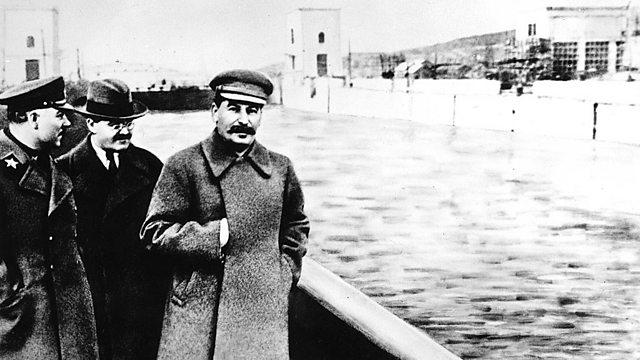 Mike Williams looks at the concept of cultural and collective memory and asks if we should come to terms with the realities of the past?

We all have memories but do we share some of those, socially or collectively? If so, why? Most countries have things in the past which they’d rather forget but how successful or otherwise are elites at coercing our “collective” memories or manipulating national narratives?

Mike Williams looks at the concept of cultural and collective memory and asks if after wars, or a period of intense trauma, is it best to confront our memories or is a period of silence the best way to come to terms with the realities of the past?

(Image of Vorochilov, Molotov, Stalin posing at the shore of the the Moscow - Volga Canal in 1937 in this manipulated picture. In the original picture Nikolai Yezhov was standing on the right. Yezhov was the senior figure in the NKVD (the Soviet secret police) under Joseph Stalin during the period of the Great Purge. After Yezhov was tried and executed his likeness was removed from this image between 1939-1991. Credit: AFP/Getty Images)

Why are Open Plan Offices the Norm?