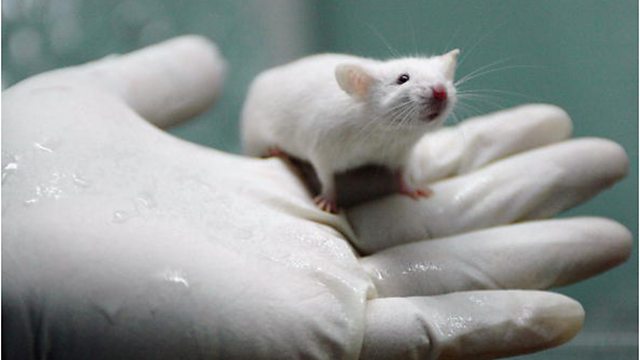 An implant in rats’ brains allows them to ‘feel’ guidance from infrared light.
A digital sixth sense has been given to rats by researchers at Duke University in North Carolina. Professor Miguel Nicolelis and his team have implanted microscopic electrodes into the touch-sensing region of a rat’s brain. These are attached to infrared sensors, giving rats the ability to detect the normally invisible light. This work could help us to one day replace someone’s damaged senses, such as giving sight to blind people.
(Photo: Laboratory rat. Credit: AFP/Getty Images)

Sorghum is a drought-tolerant, heat-tolerant cereal grown widely in sub-Saharan Africa as a staple food crop. However, it’s not as digestible as other cereals, and provides less energy than wheat, maize and rice. But now, a team of scientists led by Professor Ian Godwin of the University of Queensland have identified a form of sorghum that is more digestible. Identifying this variety as a better energy source offers a potentially secure food source for the future.

Every day, our society excretes a daily cocktail of waste drugs that ends up in rivers and streams. Many of these widely prescribed pharmaceuticals are likely to affect the aquatic life that lives there. Dr Tomas Brodin, an ecologist at Umeå University, Sweden, has investigated the effects of a commonly prescribed anti-anxiety drug called oxazepam - found at significant concentrations in Swedish rivers – on perch, a common fish.

This Friday, around 200,000 tonnes of space rock will fly closer to Earth than some of our geostationary satellites. The asteroid is the largest ever to come this close to the planet. Its fleeting visit reminds us of the ever-present threat of cosmic debris from space. ProfessorJay Mellosh and Dr. Stephen Lowry discuss defence mechanisms that could save us from a future impact.

This week's programme is presented by Roland Pease.

Meteor strike “a one in 50 year event”