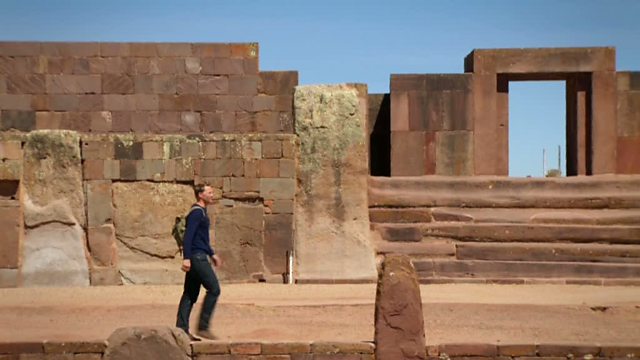 The collective spirit of the Tiwanaku people

Dr Jago Cooper visits a religious festival on the high Andean plateau that draws people from miles around - a distinct echo of the kind of community gatherings that took place in the area more than two thousand years ago. Collective effort was at the heart of Tiwanaku beliefs and practices. By strengthening social bonds, the people were better equipped to face their biggest challenges. The larger the get-together, the greater the promise of a successful growing season in the harsh environment. Collectivism became a cult, and it was the basis of the Tiwanaku civilisation as well as the temple city itself. 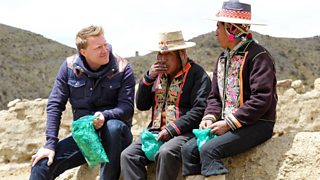 Lost Kingdoms of South America—The Stone at the Centre

See all clips from Lost Kingdoms of South America (5)