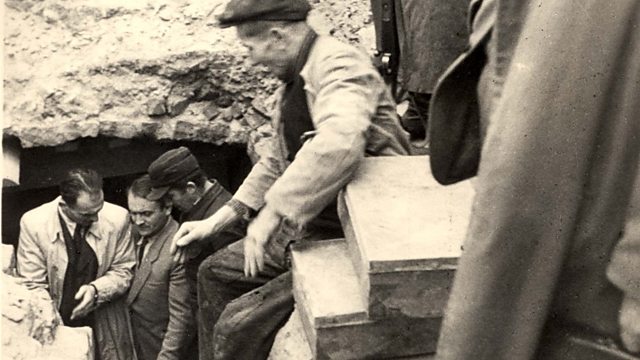 Voices from the Ghetto

Oyneg Shabbat was the contemporaneous and clandestine project to record the history, life and death of the Jewish Ghetto in Warsaw during World War II.

Voices from the Ghetto tells the story of a remarkable secret project conducted inside the Warsaw Ghetto during World War Two.

Codenamed Oyneg Shabbat (Joy of the Sabbath), a team of 'researchers' wrote and collected documents detailing life and death inside the ghetto. The archive began as the Germans created the grotesque prison city of the ghetto, separating the Jewish population of Warsaw from their Catholic neighbours and destroying the city both physically and as the centre of eastern European Jewish life.

Led by the historian, Emanuel Ringelblum, the archive included surveys on schooling, smuggling, the life of the streets, the bitter jokes, the price of bread. Members of the project gathered posters, songs, newspapers, pamphlets and even tram tickets that together convey the essence of the Ghetto. As the community was pulled from its apartments, transported to Treblinka and murdered, these reseachers collected scraps of testimony scribbled in notebooks and thrown from train windows.

This colossal and perilous enterprise was intended to create a people's history to both warn the world and preserve the memory of a community clinging to life, belief and hope on the brink of destruction.

Nearly all those who worked on the project were murdered, including Ringelblum himself. But in the final days of the Ghetto and the uprising that followed, the archive was buried in the ruins and was recovered after the war.

Drawing on the words of the Oyneg Shabbat project and the memories of Janina Davidowicz, then a child who escaped the Ghetto just before its destruction, this programme marks the time behind the walls when people lived and struggled for another life, using rare recordings to reimagine the sounds of an extinguished world.

(Photo: Unearthing the archive from under the ruins of Warsaw. Photograph courtesy of Yad Vashem)