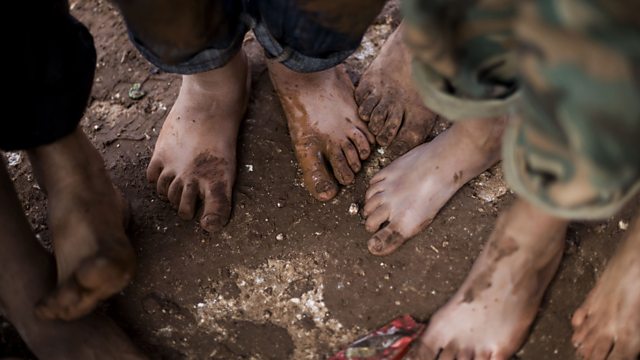 The loss of childhood in Syria; plus looking for tribes in West Papua.

In Syria, Lina Sinjab explores the effect the current conflict is having on those children living in bombed out city suburbs. Some have lost their homes and relatives. Many have been maimed. But how have they reacted?

Explorer Will Millard has been in search of new trade routes and tribes in West Papua, Indonesia. This time, he thinks he may have pushed himself a little too far into the wilderness.