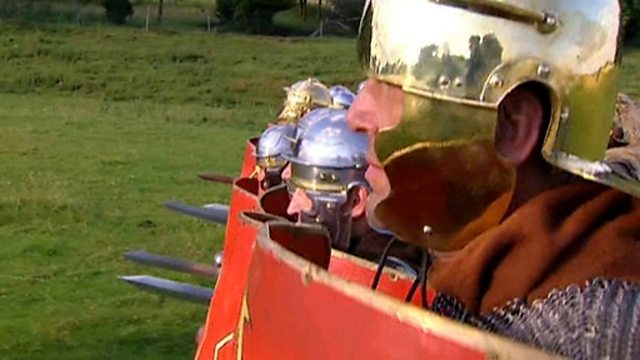 Two time-travelling Romans visit a museum with Roman artefacts which are over 2,000 years old. The clip then explains and shows how the Roman army was a precise military machine. We are shown a Roman legionary, one of 5,000 soldiers in a legion, in full armour with a Gladius, a sword used in close combat, as well as other weapons. Some of the marching formations used by the Roman army are also shown. 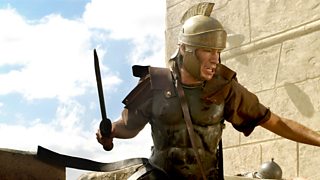 More clips from The Romans in Britain - The Roman Army