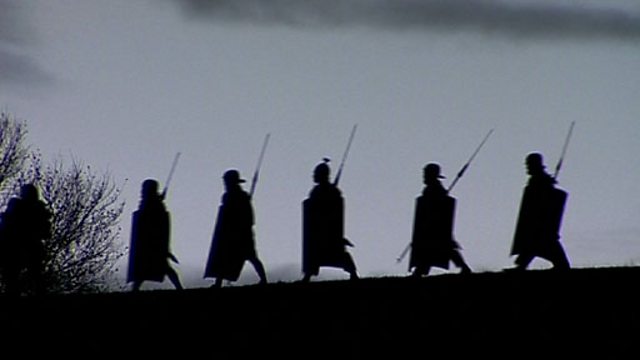 We see volunteers being put through the training of Roman soldiers, as described by Vegetius in the fourth century. The importance of being able to act as a unit is discussed, as are formations, amongst them the famous 'testudo', which we see demonstrated. The men are shown breaking camp before marching off, only to build another temporary camp on reaching their destination.

The observation is made that even abandoning a camp involves making a statement, for the army leaves its mark in the landscape. A similar point is made about the army on the move: the crunch of hobnailed sandals and the clash of weapons would have been an intimidating sound as it approached. 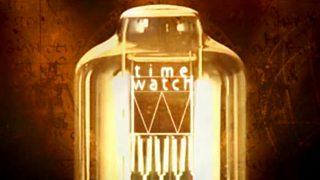 More clips from Roman Soldiers to Be

See all clips from Timewatch (31)