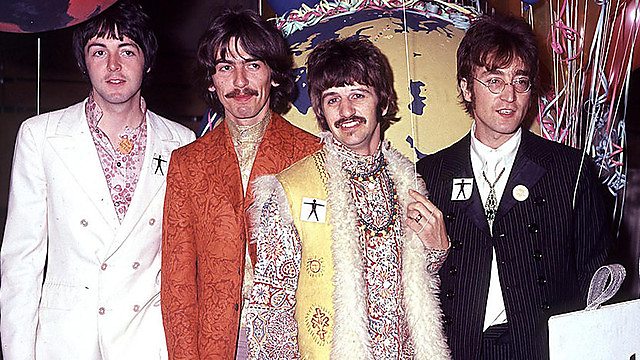 Paul Gambaccini presents a programme revealing the story behind the making of Magical Mystery Tour.

The television film called Magical Mystery Tour was devised, written and directed by The Beatles. It has a significant place in the history of The Beatles - not least, because it was viewed by many as the group's first failure.

It was a momentous year. In February, The Beatles issued the single Penny Lane/Strawberry Fields Forever, accompanied by two adventurous and surreal promotional films for those songs. On 1 June, their LP Sgt. Pepper's Lonely Hearts Club Band was released, which instantly received critical acclaim and huge sales. They performed All You Need Is Love on the first global TV show linking five continents by satellite.

They first met the Maharishi Mahesh Yogi in the last week of August 1967. While learning about Transcendental Meditation with him in North Wales, they received the shocking news of the sudden death of their manager Brian Epstein. Two weeks later they began filming Magical Mystery Tour.

The programme features new interviews with Paul McCartney and Ringo Starr. John Lennon and George Harrison are represented by rare archive interviews recorded during the shooting and editing of the film in September and October 1967. Film directors Peter Fonda, Terry Gilliam and Martin Scorsese discuss Magical Mystery Tour and there are comments from many of those who worked on or participated in the film.

Paul McCartney At The BBC

See all episodes from Revolutions Per Minute