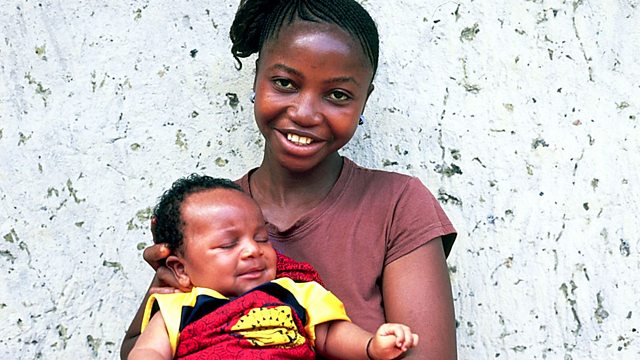 Why Poverty?
Episode 1 of 8

Documentary exploring the effects of contemporary poverty on children and infant mortality rates around the world, from the UK to America, Cambodia and Sierra Leone.

130 million babies are born each year, but the circumstances and country of their birth will determine their life story. Brian Hill travels from the UK to America, Cambodia and Sierra Leone to reveal the shocking lottery of child birth across the globe.

In Sierra Leone - the worst country to be born in terms of infant mortality - we meet Hawa, who is expecting her fifth baby, as well as the MSF obstetricians working to reduce the infant and maternal mortality rate. However for some of the women arriving at the Gondama Referral Centre with complications, they will already be too late.

In Cambodia, babies are more likely to grow up malnourished than attend high school. We meet Neang, 36, and her 12-year-old son Pisey who helps support his pregnant mother and little sister by scavenging the streets.

In the UK - where four million children live in poverty - we follow single mum, Lisa, 22, who is expecting her second child. She is reluctant to be a 'stereotypical mum on benefits' and wants to work to provide for her children. However with her childcare costs at £1,400 per month, her options are limited.

In America, the infant mortality rate has worsened over the last 20 years. In San Francisco, we meet expectant mother Starr, her partner and two children. A year ago, they became homeless, making her children among the 1.6 million homeless children now living in the US.

Poignant and sobering, the film features scenes of stillbirths and shocking statistics about infant mortality.

A BBC Storyville film, produced in partnership with the Open University, Four Born Every Second screens as part of Why Poverty? - which sees the BBC and the OU, in conjunction with more than 70 broadcasters around the world, host a debate about contemporary poverty.

Give Us the Money

Start making a difference with The Open University 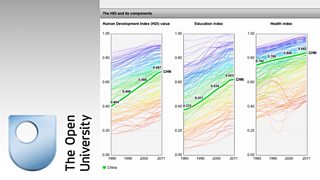 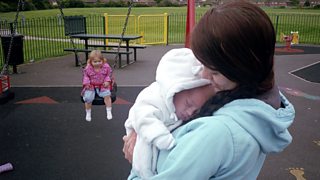