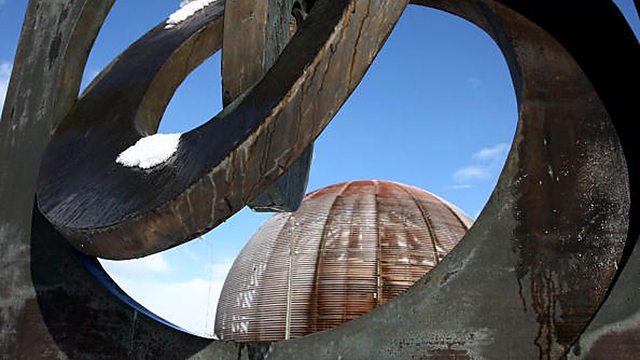 Is supersymmetry being squeezed?

Are theories of supersymmetry being squeezed?; Self-healing sensitive conductive skin; The basis for musical consonance and dissonance

Supersymmetry squeeze
At a major gathering of particle physicists at the Hadron Collider Physics Symposium in Kyoto, researchers from the Large Hadron Collider Beauty collaboration presented evidence of one of the rarest particle decays ever observed. This finding is thought by many to cast a significant shadow over one of the more popular new physics theory, supersymmetry, which scientists hope can explain some of life’s great mysteries; for instance what exactly is dark matter made of? Dr Tara Shears of the University of Liverpool works on the LHC’s beauty experiment and explains the findings to Science in Action.
(Photo credit: Getty Images)

Self-healing skin
Seemingly living digital devices are a step closer this month with the news in Nature Nanotechnology that self-healing, sensitive electrically conductive skin has been created by mixing a polymer with Nickel nanoparticles. It is currently the size of a postage stamp but at Stanford University's Department of Electrical Engineering, one of the creators Benjamin Tee has big ideas for this new intelligent material.

Musical consonance and dissonance
A consonance is something that sounds pleasant, whereas a dissonance is something that sounds unpleasant. Dissonant chords are commonly used to convey tension and turmoil, and this resolution of dissonance to consonance is an integral part of most music. At the University of Montreal's International Laboratory for Brain, Music and Sound Research, and with the help of people who have a condition called congenital amusia, researchers have been testing the two main theories for why we dislike dissonance and why we have a preference for consonance. The study, which has just been published in the current Proceedings of the National Academy of Sciences, was led by Dr Marion Cousineau.