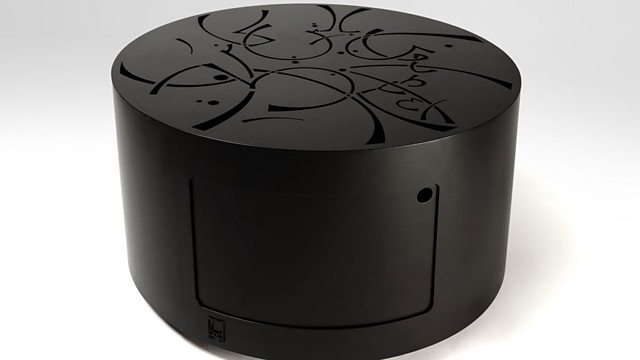 Dia Batal explains how she turned one of London’s most iconic rooms into a memorial.

The best of the world's arts, film, music and literature brought to you every day. Presented by Samira Ahmed

Nour Festival of Arts
Palestinian designer Dia Batal explains how she turned one of London's most iconic rooms into a memorial for the Syrian Dead.

Parizod
Phillip Bergson reviews – Parizod - a sparkling fairy tale of a film from Uzbekistan that premiered at the recent Tashkent Film Festival, and talks about the rich history of film in former Soviet state.

Fargo
TV writer Michael Hogan gives his advice to the Coen Brothers on how to successfully turn their film Fargo into a TV series.