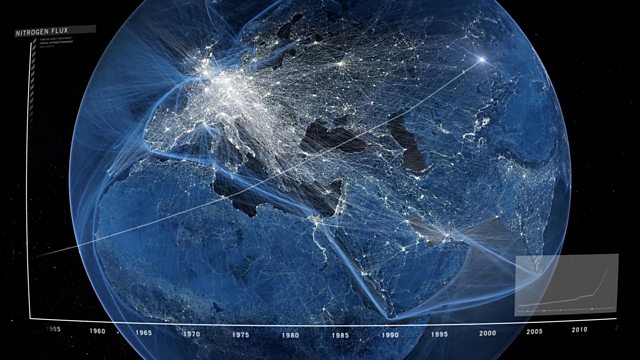 Species mass extinction and the macdonaldisation of life. Are humans leaving behind a fossil record that will define our times as a new geological period, the Anthropocene?

Earth scientists say humanity’s impact on the Earth has been so profound that we have started a new geological time period on the planet. They call it, the Anthropocene. Gaia Vince explores our fundamental changes to the biosphere.

The accelerating extinctions of animal and plant species: the rearing of agricultural animals in their billions: and, what some describe as, the general ‘macdonaldisation’ of life on Earth. All three factors will leave striking evidence in the fossil record in the limestones and sandstones, forming on the Earth’s surface today. Millions of years in the future, a geologist chipping at the rocks of our times might conclude that something in the world happened as big as the asteroid which wiped out the dinosaurs 65 million years ago.

Are we responsible for the sixth great mass extinction in Earth history and forcing the planet down a different trouser leg of geological time, as one scientist puts it?

The Age We Made

Prof Paul Olsen points at the boundary rock between the Triassic and Jurassic periods.  200 million years on, have we created our own shift in geological time?